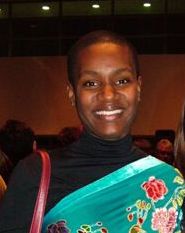 Women in Canada fill only twenty percent of federal seats and fewer than eighteen percent of provincial seats. The Canadian Centre for Political Leadership (CCPL) provides women, racial minorities, and aboriginal peoples in pursuit of public office with non-partisan training that will assist them in mounting successful campaigns and ultimately increase their representation in Canadian politics. The Centre works to overcome barriers that office seekers face in the party nomination process, namely the lack of financial resources and access to political networks. As the first permanent centre of its kind, the CCPL provides a forum in which strategies for the benefit of female, visible minority, and Aboriginal public office seekers can be developed and shared.

Annamie Paul is a Strategic Advisor to IFIT. Annamie is a lawyer who most recently worked as the Brussels Director for Crisis Action, an international conflict prevention and civilian protection NGO. Prior to this, she worked in the Office of the Prosecutor at the International Criminal Court as an International Cooperation Advisor with a focus on Africa. Annamie has also served as a Political Adviser in Canada’s Mission to the EU where she was responsible for the Africa, human rights, development, and conflict prevention portfolios. She is also the founder and former Executive Director of the Canadian Centre for Political Leadership, a non-profit dedicated to promoting the participation of racial minorities in Canadian public leadership roles. Annamie holds a Master in Public Affairs from the Woodrow Wilson School, Princeton University, and a Bachelor of Laws from the University of Ottawa, Faculty of Common Law.