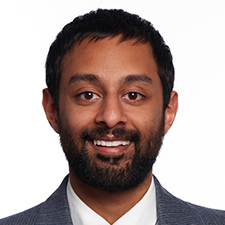 Sanitation and Health Rights in India (SHRI) believes that all men, women, and children deserve to live a life dignified by access to improved sanitation. SHRI builds community blocks of toilets that are easily accessible to the 650 million Indians who currently live without a toilet. This work is sustained by harnessing methane gas found in human waste to generate eletricity that charges portable batteries, which power LEDs and other small electronics. These batteries are rented out to the 400 million Indians who live without electricity, creating a sustainable and environmental business model that can be scaled throughout India.

Anoop Jain is the founding director of Sanitation and Health Rights in India (SHRI). Founded in 2012, SHRI fights alongside rural communities in India to end open defecation as a key step in the struggle for health equity, and social and economic justice. Anoop received his Doctor of Public Health from U.C. Berkeley in 2019. When Anoop isn’t working on sanitation he is riding his bike and eating pizza.