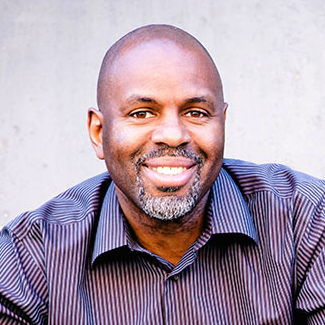 Byron Hurt is an award-winning documentary filmmaker, a published writer, and a gender equality activist. His most recent documentary, Hip-Hop: Beyond Beats and Rhymes premiered at the 2006 Sundance Film Festival. It was later broadcast nationally on the Emmy award-winning PBS series Independent Lens, drawing an audience of more than 1.3 million viewers. The film has been selected to appear in more than 50 film festivals worldwide and The Chicago Tribune named it “one of the best documentary films in 2007.” In addition to being a filmmaker, Byron uses his craft, his voice, and his writings to broaden and deepen how people think about race and gender. His first film, I AM A MAN: Black Masculinity in America, is a 60-minute award-winning documentary that captures the thoughts and feelings of African-American men and women from more than fifteen cities across the country. Byron challenges audiences to interrogate the damaging effects of patriarchy, racism, and sexism in American culture.