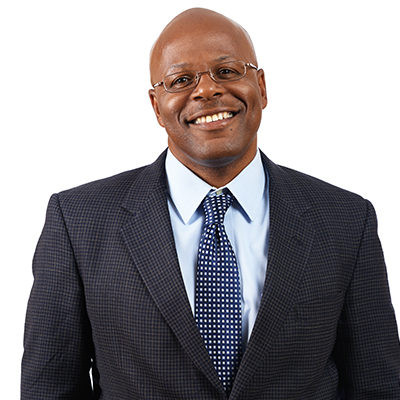 Stop the cycle of incarceration of black men in New Orleans through access to homeownership, gainful and stable self-employment, and financial services.

Over half of the people released from prison in Louisiana go back. RisingFoundations stops this cycle of incarceration by leveraging the education, accreditation, and work experience people can gain in the construction sector while in prison to create access to homeownership, gainful and stable self-employment, and financial services. We accomplish these goals through our transitional work program, our homeownership program, and our worker-owned cooperative incubator. By fostering independence and self-sustainability, RisingFoundations transforms the reentry experience into one that builds on the strengths and abilities of people coming home from prison to further community economic development in New Orleans and reduce mass incarceration.

Calvin Duncan is co-founder of RisingFoundations, a community development corporation that creates access to housing, employment, and financial services for formerly incarcerated people. In 1985 Calvin was wrongfully convicted and sentenced to life without parole. While in prison at the Louisiana State Penitentiary at Angola, Calvin served as inmate counsel handling the cases of hundreds of fellow inmates including initiating the litigation that culminated in a 2012 victory in the U.S. Supreme Court in Smith v. Cain, vacating Juan Smith’s death sentence. After nearly thirty years in prison, Calvin won his own freedom and has since served as paralegal at the Louisiana Capital Appeals Project and as education coordinator for the Louisiana Coalition for Alternatives to the Death Penalty. In 2012 Calvin was awarded a Soros Justice Fellowship to vindicate the post-conviction rights of incarcerated people by increasing their access to the courts, and by raising awareness around the inequities in the post-conviction process. In 2014 Calvin co-founded The First 72+, a transitional home and re-entry program started by and for people returning home from prison.