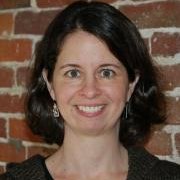 The Women’s Rights Network (WRN) was founded with the goal of establishing a Global Network Against Domestic Violence & Sexual Abuse that would offer its members ongoing access to resources, strategies, and organizing opportunities in different countries. In building its Global Network, WRN recognized the strategic value of using the human rights framework in the struggle to end domestic violence and sexual abuse, and the need for advocates in the United States to develop a human rights approach to these issues in their own communities. In 2003, WRN completed the Battered Mothers Testimony Project (BMTP), which documented and exposed human rights abuses by the Massachusetts family courts against battered mothers fighting their abusers for custody of their children. WRN’s work is currently continued through the Gender and Justice Project at the Wellesley Centers for Women at Wellesley College.

Carrie Cuthbert is currently Development Director at Free Press, the national media reform organization. Prior to that, she was founding co-director of the Women’s Rights Network, a human rights organization dedicated to ending intimate partner violence in the United States using international human rights laws, principles, and organizing strategies. While at WRN, she directed the Battered Mothers’ Testimony Project, the first U.S.-focused human rights documentation and organizing project. She also has served as Vice President of the Board of Directors at the New England Learning Center for Women in Transition, and on the initial steering committee for the U.S. Human Rights Network. She holds a BA from Amherst College and a JD from Harvard Law School.