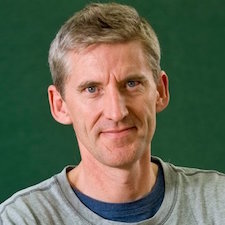 With over 500 prisoners currently being held at Guantanamo Bay and other international “law free zones” arising globally, there are now an estimated 10,000 “ghost detainees” around the world, who are being denied the most basic of human rights. This phenomenon of wholesale detention beyond the reach of the law is so new that a unique set of legal and advocacy strategies are required to meet the challenge presented. Justice in Exile will respond to this growing need by establishing centers for the representation of individuals held as prisoners of the “War on Terror.” The organization will develop as a coalition of partnerships throughout the world since prisoners hail from over 50 countries. Through legal, advocacy and public relations strategies, Justice in Exile will strive to bring the rule of law back to Guantanamo Bay and other such facilities.

Clive Stafford Smith is a British attorney who specialises in the areas of civil rights and working against the death penalty in the United States of America. He worked to overturn death sentences for convicts, helping found the not-for-profit Louisiana Capital Assistance Center in New Orleans, which by 2002 was the “largest capital defence organisation in the South.” He was a founding board member of the Gulf Region Advocacy Center, based in Houston. He has represented more than 100 of the detainees held as enemy combatants since 2002 at the US Guantanamo Bay detention camp. As of April 2016, a total of 80 men are still held there.
In August 2004, Stafford Smith returned from the US to live and work in the United Kingdom. He is the Legal Director of the UK branch of Reprieve, a human rights not-for-profit organisation. In 2005 he received the Gandhi International Peace Award.
from http://www.wikiwand.com/en/Clive_Stafford_Smith