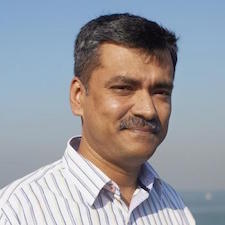 Provide legislative briefs of bills passed in Indian Parliament to members of Parliament, NGOs, companies, and the media.

More than sixty bills are passed every year in India’s Parliamentary system, most with significant implications on long term national policy. Despite this, a non-partisan service to provide easy-to-understand analysis on these bills to almost 800 Members of Parliament (MPs) does not exist. PRS seeks to promote good governance in India through supporting a well informed, transparent, and participatory legislative process by meeting the great need for analysis and training of legislators. PRS produces easy to understand four-to-six page long legislative briefs on a range of bills. These briefs are sent to all MPs in both houses of Parliament, about 1200 NGOs across the country, and the top 500 companies.

Madhukar co-founded PRS, and is currently the director for governance related investments at Omidyar Network’s India office.  He has worked with ICICI, Pratham, Azim Premji Foundation and the World Bank in Washington DC.  Madhukar holds an MPA (Mason fellow) from Harvard Kennedy School of Government, an MBA from University of Houston, and a B.Tech from Bangalore University.  Madhukar is an Echoing Green, Ashoka and Eisenhower Fellow.  He was elected a Young Global Leader by the World Economic Forum in 2008.