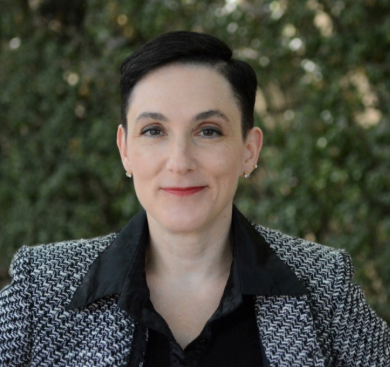 Bridge the gap between service provision and political organizing by highlighting ideas and strategies of women in prison to challenge the current reliance on policing and prisons.

Cynthia Chandler is the Co-Founder and Executive Director of Justice Now, a human rights organization working with women in prison and local communities to build a safe, compassionate world without prisons. Cynthia speaks and publishes regularly on prison industrial complex abolition, racial justice, and women’s health. Cynthia has worked on issues of women’s heath, racial justice, and abolition for over 20 years. Before co-founding Justice Now, Cynthia founded and directed Women’s Positive Legal Action Network–the first organization in the US advocating on behalf of HIV+ people in women’s prisons. Cynthia has helped launch numerous social justice organizations, including Critical Resistance; TGI Justice Project; and the Eviction Defense Center. In recognition of her support of the leadership of people in prison toward social change, Cynthia was selected as an original recipient of the Ford Foundation Leadership for a Changing World Award. In 2005, she was selected by the Women’s Health Activist Network as a Top 30 Activist for Women’s Health. Cynthia helped create the practice of compassionate release for people dying in prison through sponsorship of model decarceration legislation, for which she was designated the 1997 Attorney to Whom California Can Be Most Grateful by California Law Business. In 2010, Cynthia was awarded a Gevelber Distinguished Lectureship on Public Interest Law from Northeastern University School of Law. She received a JD from Harvard University School of Law and an MPhil in Criminology from the University of Cambridge. As of 2017, she is an adjunct professor at Golden Gate University.