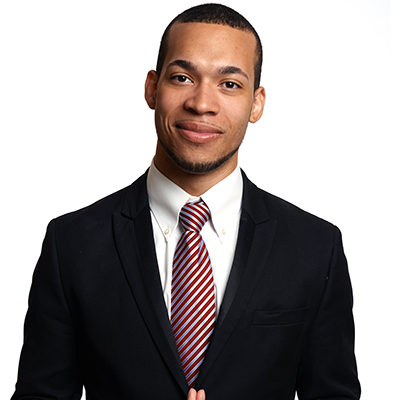 Overcome socioeconomic challenges faced by children of low-income by delivering entrepreneurship education and mentorship through the channel of undergraduate student chapters.

WeThrive closes the opportunity gap among students from higher-income and lower-income households through after-school entrepreneurship programs. WeThrive works with a growing movement of undergraduate students to provide mentorship and life skills to youth participants as they create startups of their own. With the co-creation of a healthy support system of mentors and peers, and the knowledge of life skills such as goal-setting, personal finance, and public speaking, WeThrive prepares middle and high school participants to overcome the cycle of poverty and achieve upward social mobility.

Daquan J. Oliver is the founder and executive director of WeThrive (formerly Recesspreneurs), a nonprofit that works alongside undergraduate students to close the opportunity gap through after-school entrepreneurship programs. Growing up in a single-mother, low-income household, Daquan made a promise at age fourteen to assist future children in a similar socioeconomic position to become successful, leading him to found WeThrive at age twenty-one. Prior to WeThrive, he founded Jossle, a youth marketing company which worked with large brands like Zipcar, Uber, and KarmaLoop, and amassed a nationwide student network of more than 100,000 students. Daquan has been featured in Boston Business Journal, been named “One of Five Top Black Student Leaders to Watch in 2014” by the Clinton Foundation, delivered a TEDx Talk on actionable strategies to overcome structural violence, and received recognition for his work by Former Secretary of State Hillary Clinton. Daquan earned his BS in Business Management from Babson College, the number one school for entrepreneurship.