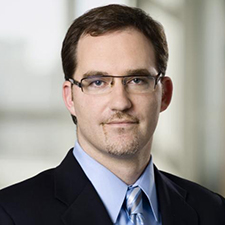 Heads Up is a non-profit organization that provides rigorous after-school and summer programs for elementary school children in the D.C. areas most underserved neighborhoods. Through its intensive, literacy-based program, children gain the skills they need to succeed in school and later in life. By enlisting college students as classroom tutors, Heads Up inspires a new generation of leaders committed to strengthening their communities. With this unique approach of partnering college students with elementary school kids, Heads Up is changing lives, two at a time.

Darin McKeever has joined the Troy-based Davidson Foundation as its first Chief Program and Strategy Officer. In the new role, he will oversee programs and work with President Jonathan Aaron and the board to ensure philanthropic investments align with the foundation’s mission and vision, which is to improve Jewish life in the U.S. and abroad and economic prosperity here in Southeast Michigan. At the Gates Foundation, McKeever served for more than six years as deputy director of its global policy and advocacy division. Most recently, he led an international team engaging governments, foundations and philanthropists to improve the overall effectiveness of philanthropy and charities worldwide. Prior to his role at the Gates Foundation, McKeever was executive director and co-founder of Heads Up, a Washington, D.C.-based provider of academic and enrichment programs, for more than a decade. McKeever said in a news release that he’s spent much of the past two decades focused on helping to unleash more talent and funding to revitalize communities and expand opportunities for people that society often leaves behind. “There is so much momentum in and around the city of Detroit right now. To contribute to that … and to be a part of building on William Davidson’s legacy … presented a unique opportunity for impact,” he said. McKeever earned a Bachelor’s in Social Studies from Harvard University and a Master’s of Public Administration as a Catherine B. Reynolds Foundation Fellow in Social Entrepreneurship at Harvard’s Kennedy School of Government. He serves on boards and committees for Alliance Magazine, Global Philanthropy Forum, the Council on Foundations and Harvard’s National Advisory Board for Public Service.