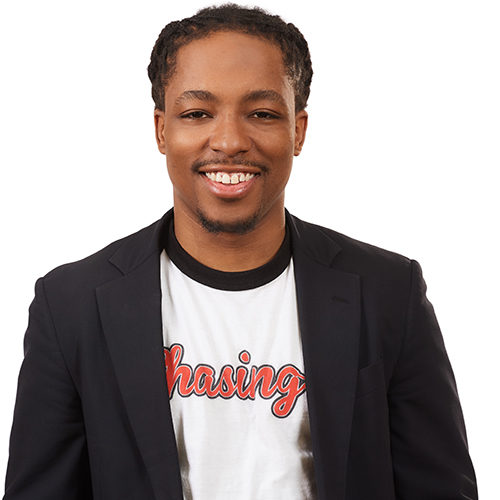 Chasing23 launched in 2016 as a vehicle for mentoring and empowering young men of color on the South Side of Chicago. As of 2019, Chasing23 has served 35 youth, in cohorts of 10 to 15 students in each school, with limited personal, academic, and professional support resources. By providing these youth with a comprehensive blend of mentoring, tutoring, and workforce development programming, Chasing23 has been able to support young men of color in developing personal and professional skills, building pride and confidence, and developing goals for long-term success.

A former inmate, Darius Ballinger has turned his trauma into his purpose. He is the founding executive director for Chasing23 Youth, a nonprofit organization improving the lives of Chicago’s most esteemed youth through social enterprises and mentorship. Darius was endorsed by U.S. President Barack Hussein Obama via Instagram for his work in communities and jails to get citizens civically involved through voter registration. In addition to his appointment by the Cook County Board of Commissioners to the Juvenile Temporary Detention Center advisory board, Darius served as an advisory board member for the Chicago Learning Exchange and Chicago’s NBC Channel 5. Recognized by Get In Chicago for his work with at-risk youth, Darius has also been a keynote speaker at universities, facilitated workshops for local high schools, and coached other community builders nationwide. Darius says now he appears to be an exception, but in the future he hopes to be the norm. Darius is a 2019 Echoing Green Fellow.