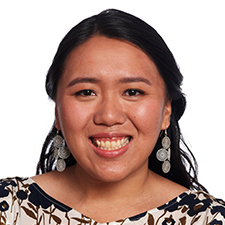 Deliver life-improving technologies to the people in India who need them most by developing innovative distribution channels embedded within existing local retail networks.

Despite the invention of hundreds of life-improving technologies, such as affordable solar lanterns, clean cooking appliances, and efficient agricultural tools, few of these products are reaching their intended end users because distribution channels are broken. Essmart is a distribution company in southern India that ensures these life-improving technologies reach these users by creating a marketplace for these goods in places where people already shop—local mom-and-pop retail stores—by aggregating a catalog of existing, high-quality products; demonstrating them in stores; and training shop owners to sell them. Essmart fills a significant gap in the global supply chain while improving local businesses and enabling technology access for rural households.

Diana Jue is COO and co-founder of Essmart, a distribution company for life-improving technologies in southern India. Before starting Essmart, Diana spent five years studying technology dissemination through her undergraduate and graduate studies at MIT. Throughout her field work in rural India and China, she realized that many community development initiatives were not achieving their intended impact because of poorly established distribution channels. She explored this further through her Master’s thesis on social impact technology dissemination in rural southern India, which served as one of Essmart’s research foundations. Diana’s writing has been featured in other publications including the USAID Frontiers in Development, MIT Entrepreneurship Review, and Stanford Social Innovation Review blog. She has been awarded additional distinctions, including the Fulbright-Nehru Research Fellowship to India and multiple awards from MIT to pursue research and work on Essmart.