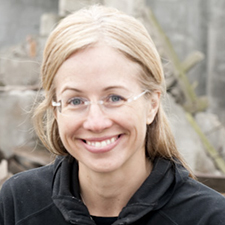 Design and build earthquake-resistant housing to reduce deaths, injuries, and economic losses caused by housing collapses due to earthquakes in developing countries.

Most of the 26,000 deaths that resulted from the December 2003 earthquake in Bam, Iran were caused by collapse of unreinforced masonry and mud brick homes. A follow-up study of the 2001 Bhuj, India, earthquake showed that less than forty percent of the structures built by skilled masons during the height of reconstruction had any earthquake-resistant features. Despite massive efforts by NGOs and funding agencies to train and permanently upgrade the skills of local masons, the prescribed earthquake-resistant building technologies are too expensive to be used after emergency funding ceases.
Build Change is an international nonprofit social enterprise with programs in Aceh and West Sumatra, Indonesia. It designs and trains builders to build earthquake-resistant houses in developing countries. Working with international agencies and local engineers, architects, builders, and homeowners, Build Change promotes and builds with low-cost, earthquake resistant construction methods that will continue to be used once it leaves the village.

Dr. Elizabeth Hausler, the founder of Build Change, was named one of the world’s “Best Emerging Social Entrepreneurs” in 2004 by Echoing Green for her plan to promote and implement affordable, disaster-resistant housing construction in less developed countries. She is a 2006 Draper Richards fellow and was a Fulbright Scholar to India in 2002 – 2003. Dr. Hausler has a Ph.D. in civil engineering from the University of California, Berkeley. She is a skilled brick, block and stone mason and has lectured on sustainable, disaster-resistant construction in five countries. On 10 March 2006, Elizabeth was featured by the US-based evening news program abcNEWS World News Tonight as Person of the Week for her work rebuilding houses in Aceh.