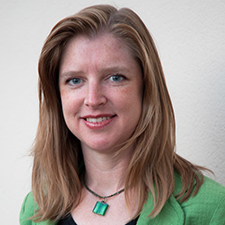 Empower refugees to assert their basic human rights and obtain legal status by providing them with access to legal counsel.

Asylum Access helps refugees assert their rights today and change systems so they have more rights tomorrow. As we continue to dismantle global and national barriers for refugees, we amplify the voices of refugee communities so they become their own champions.
Our model of empowerment challenges ourselves and others in the refugee response field to prioritize not only immediate aid to refugees, but also to implement sustainable solutions that enable refugees to provide for themselves and contribute to their communities.
Asylum Access makes human rights a reality for refugees using three core strategies: Legal empowerment, policy reform, and global systems change.  Together, these strategies improve refugees’ lives today and build a better world for refugees tomorrow.

Emily Arnold-Fernández, the founder and executive director of Asylum Access, is a social entrepreneur and human rights pioneer.
A lawyer who has advocated nationally and internationally for the human rights of women, children, and other vulnerable individuals, Emily first became involved in refugee rights in 2002, when she represented refugees in United Nations proceedings in Cairo, Egypt. Recognizing that refugees throughout Africa, Asia and Latin America – some of whom flee with nothing more than the clothes on their backs – were almost always unequipped to go into a legal proceeding in a foreign country, alone, and explain why they should not be deported, Emily founded Asylum Access to advocate on behalf of refugees seeking to assert their rights.
For her innovative approach to the global refugee crisis, Emily was honored by the Dalai Lama as one of 50 “Unsung Heroes of Compassion” from around the world (2009), Waldzell Institute’s Architects of the Future Award (2012) and Grinnell College Young Innovator for Social Justice Prize (2013). She has also been recognized as Pomona College’s Inspirational Young Alumna (2006), awarded the prestigious Echoing Green fellowship (2007), and recognized as the New Leaders Council’s 40 Under 40 (2010), among others.
Emily’s ground-breaking work with Asylum Access has earned her international speaking invitations and widespread media attention, including the Rotary International Peace Symposium (2008, 2009), the UN High Commissioner for Refugees’ Annual Consultations (2008, 2009), a cover feature in the Christian Science Monitor (September 2009), and the San Francisco Examiner’s Credo column (July 2011). She holds a B.A. cum laude from Pomona College and a J.D. from Georgetown University Law Center.
Committed to sharing her knowledge with young and aspiring social entrepreneurs, Emily serves as an adjunct professor at the University of San Francisco, teaching a course in social entrepreneurship. In Fall 2012, Emily was selected as one of three Social Entrepreneurs in Residence at Stanford where she participated as “expert respondent” in Stanford Law School’s Law, Social Entrepreneurship and Social Change course, and this Spring 2013, Emily is leading an intensive skills-building course on social entrepreneurship at Pomona College.