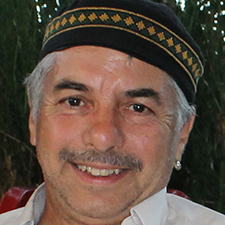 Establish integrated Arab-Jewish communities that are open to all residents of Israel, challenging housing policies that institutionalize legal segregation.

Current housing policies in Israel regarding zoning and land use planning have resulted in segregated communities split across religious and racial lines. About ninety-three percent of its land is controlled by the state, and by law and regulations only Jewish residents are allowed to lease the land for housing. As a result, entire communities are facing a housing crisis.
Mosaic Communities establishes integrated Arab-Jewish communities that are open to all residents of Israel, thus challenging housing policies that institutionalize legal segregation. The organization leases and purchases land, and facilitates planning, development, and construction of homes. It also sells or leases these homes and provide support services to communities once they are established. Ultimately, this private initiative to desegregate housing on a national level serves to generate public debate, thereby influencing change far beyond the provision of homes.

Fred Schlomka has had a career in the business world and nonprofit organizations on both sides of the Atlantic. He was born in Scotland to Palestinian parents, began returning to Israel/Palestine in the late 1970s, and has spent most of his time there since then. Fred has always been a serial entrepreneur, founding several businesses and NGOs in the United States and Israel over several decades. His passion for peace and justice in Israel and Palestine led him to return there permanently with his family in 2000. From 2001 to 2003 he was operations manager at the Israeli Committee Against House Demolitions, and as a 2003 Echoing Green Fellow, he established Mosaic Communities, where he served as executive director until 2005. Fred is the CEO of the Green Olive Collective, a social enterprise he founded in 2007, to educate for democratic values and human rights through tours, volunteer programs, and advocacy. He serves as a board member of the Traditional Karate Federation of Israel and consults with businesses and NGOs that are seeking to develop operations in the country.