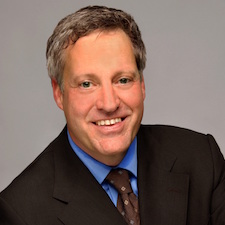 Aid underserved men find employment by providing them suits for a job interviews and job retention and advancement coaching.

Fifteen years ago, Gary Field fit the profile of many of Career Gear’s clients – an unemployed, recovering substance abuser, having just completed a job readiness program. He scraped together $50, bought a used suit for his interviews, and successfully landed a job. Within five years, he completed his undergraduate studies, received a Master’s degree in social work, and set about the business of helping men in similar positions get and keep satisfying jobs. Prior to founding Career Gear, Gary worked as the Director of Services at the National Alliance for the Mentally Ill, NYC, working with formerly homeless mentally ill adults, and as a psychiatric social worker. He earned a BA with distinction and an MSW from New York University and an LCSW from the state of New York. Gary served as Executive Director of Career Gear from 1999-2016.