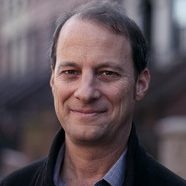 George Packer became a staff writer for The New Yorker in 2003 and has covered the Iraq War for the magazine. His book The Assassins’ Gate: America in Iraq was named one of the ten best books of 2005 by The New York Times and won the New York Public Library’s Helen Bernstein Book Award and an Overseas Press Club’s book award. He has also written about the atrocities committed in Sierra Leone, civil unrest in the Ivory Coast, the megacity of Lagos, and global counterinsurgency. In 2003, George was awarded two Overseas Press Club awards, one for his twenty-thousand-word examination of the difficulties faced during the occupation and reconstruction of Iraq, which appeared in November, 2003, and the other for his coverage of the civil war in Sierra Leone, which appeared in January, 2003. George is also the author of The Village of Waiting (1988), about his experience in Africa, and Blood of the Liberals (2000), a nonfiction history of his family and American liberalism.