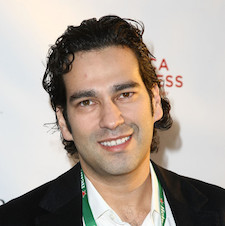 Born to Colombian immigrants, George Reyes graduated from Harvard University and Tisch School of the Arts at New York University, where he directed and produced numerous award-winning short films. Reyes went on to serve as director of the Teen Media Program at the Cambridge Community Art Center and director of International Programs at the New York Film Academy, and he later taught in the Communications Department at the Tecnologico de Monterrey in Mexico City. Most recently, Reyes has worked for the Sundance Film Festival, Outfest, and Sundance Institute in their International Feature Film Program, and was a 2009 Project Involve Film Independent Fellow.