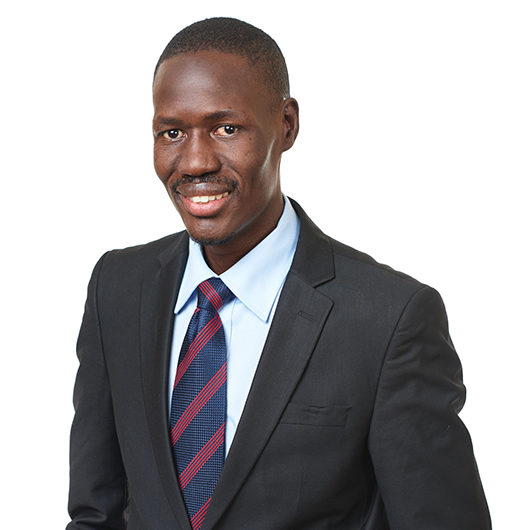 Maximize innovations and technology to expand access to justice and law to under-served communities in Uganda by offering free legal assistance through mobile, online, seminars, and in-person consultations.

BarefootLaw uses legal innovations to increase access to justice and law for underserved communities in Uganda. Technology is the backbone of BarefootLaw’s approach to delivering legal assistance to the public. It has leveraged the available information technologies and smart-synthesized them with the law to provide an environment where the public can access legal information, aid, and support. BarefootLaw envisions a world in which every individual has access to legal information and support to empower themselves and their communities to thrive.

Gerald Abila is an attorney and founder of BarefootLaw, a multiple-award-winning social enterprise using legal innovations to increase access to justice and law for underserved communities in Uganda. Since its founding, BarefootLaw has become one of the leading initiatives of its kind in Africa. Gerald, who graduated at the top of his class, holds an LLB, as well as a diploma in legal practice. He was recently recognized as one of the top innovative and influential lawyers in the world by the American Bar Association, for which he was named a Legal Rebel fellow in 2014. He is also the recipient of the Uganda Young Achievers Award, which recognizes excellence among Ugandan youths younger than 35. Gerald strongly advocates for the adoption of technology by the legal profession, and has delivered a number of talks, including at TedXKampala, as well as made a number of media appearances on the subject. In addition to working at BarefootLaw, Gerald is a public speaker, writer, and tutor of law at his alma mater.