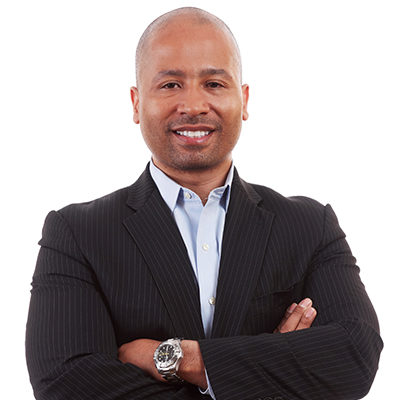 Amplify the voices of people directly impacted by crime and incarceration by organizing, educating, and empowering them to become leaders in the justice reform movement.

JustLeadershipUSA is a national nonpartisan membership advocacy organization with an audacious goal: to reduce crime and cut the US prison population in half by 2030. We will accomplish this goal by empowering people and communities most impacted by crime and incarceration to drive, amplify and sustain policy reform. We develop and support formerly incarcerated leaders, build broad based support through membership, and engage in nonpartisan strategic policy advocacy on the federal, state and local levels. Our movement is strengthened by our #halfby2030 communications campaign, which harnesses the power of storytelling to change the narrative on incarceration in America.

Before founding GEMTrainers, LLC, a nonprofit executive coaching agency, Glenn Martin founded and served as president of JustLeadershipUSA, an organization dedicated to cutting the U.S. correctional population in half by 2030. For over two decades, he has been part of the vanguard of successful social justice advocates in America. His inspirational leadership has been recognized with multiple honors, including the 2016 Robert F. Kennedy Human Rights Award, the 2017 Brooke Russell Astor Award, and a 2014 Echoing Green Fellowship. Prior to founding JustLeadershipUSA, he was vice president of The Fortune Society, where he founded and led the David Rothenberg Center for Public Policy. He also served as co-director of the National HIRE Network at the Legal Action Center. In addition to being a co-founder of the Education from the Inside Out Coalition, Glenn is also the founder of the #CLOSErikers campaign in New York City. Glenn’s bold, unflinching leadership is recognized by leaders from across the political spectrum. He is a sought-after public speaker and a frequent media guest appearing on national news outlets such as NPR, MSNBC, Fox News, CNN, Al Jazeera, and C-SPAN.