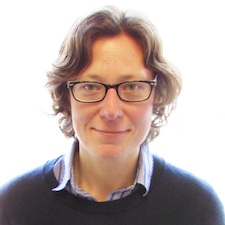 Heather L. Betz is the Supervising Attorney of NYLAG’s LGBTQ Law Project, which provides direct legal services to the lesbian, gay, bisexual, transgender and queer (LGBTQ) community throughout New York City. Since its inception in 2008, the project has helped low-income LGBTQ individuals break down the complex barriers to justice they face, address the shortage of experienced, culturally competent lawyers available to provide free services on a range of legal issues, and advocate for changes to our legal system that will expand the rights of LGBTQ New Yorkers.
“We are so pleased to have an attorney of Heather’s caliber and diverse experience join NYLAG to lead our LGBTQ Law Project, which has made great strides in recognizing and helping to address the unmet needs of New York’s LGBTQ community,” said NYLAG President and Attorney-in-Charge Beth Goldman. “Under her leadership, supported by the amazing LGBTQ Law Project staff, we look forward to continuing to provide critical legal services   ? and a voice ? for uniquely vulnerable New Yorkers.”
Betz has spent several years representing members of the LGBTQ community.  She comes to NYLAG after serving as Project Director of the DREAMER Pro Bono Project at Cornell Law School, where she oversaw the work of a team of volunteer attorneys and law students representing undocumented young people applying for Deferred Action for Childhood Arrivals (DACA), which provides temporary relief to immigrants who were brought to the U.S. as young children. Earlier, she was Senior Staff Attorney at the HIV Law Project and received an Echoing Green Fellowship as Director of the Lesbian and Gay Refugee Advocacy Project. Betz received her law degree from the City University of New York School of Law in 2001.
edited from http://nylag.org/news/2016/03/heather-betz-to-head-lgbtq-law-project