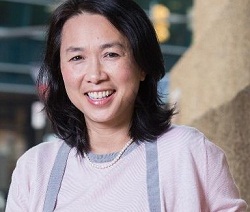 Professor Huyen Pham joined the faculty at Texas Wesleyan University School of Law in 2006. She previously was an associate professor at the University of Missouri-Columbia School of Law. Before teaching, Huyen practiced law in both the private and public sectors. At the Boston firm of Hill & Barlow, she worked primarily in the litigation department, helping to represent clients as diverse as the Commonwealth of Puerto Rico, Anderson Consulting (now Accenture), and the American Civil Liberties Union. In her work as an assistant attorney general in the Missouri Attorney General’s Office, she was co-counsel to the Missouri Ethics Commission, representing the Commission in federal, state and administrative proceedings. Huyen also clerked for the Hon. George A. O’Toole, U.S. District Court in Boston. Her scholarship focuses on immigration law and its intersections with criminal law.