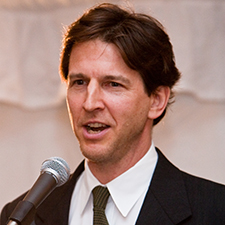 The Center for Insurance Research is a leading consumers’ insurance group that advocates and litigates for insurance consumers nationally. Initially, CIR sought to address the home and auto insurance crisis around the country by pushing the group-buying of auto and home insurance as a way to help organize consumers, leverage their buying power, challenge redlining, and force better premiums, services, and reforms from insurers. CIR also challenges unfair insurer practices, mergers, and demutualizations (mutual company conversions to stock form), and has published studies exposing the ineffectiveness of many state insurance regulatory agencies. Finally, CIR examines and advances the role insurance can play in incentivizing challenges to climate change, and in better incentivizing safety in homes, autos, and the workplace where millions of people are injured annually.

Jason Adkins, founder and director of Adkins, Kelston & Zavez, PC, received his BA from the University of Michigan, and his JD from Harvard Law School. Previously, Jason was founder and executive director of the Center for Insurance Research from 1991 to 1997. He has written, published, and testified widely on insurance and related regulatory matters. He is admitted to the Massachusetts bar and federal courts, and has also been admitted pro hac vice in numerous state courts. Jason specializes in evaluating and prosecuting complex litigation and all aspects of major consumer class action litigation around the country. He has also represented state and national candidates for political office and political parties in election-related litigation, and represented clients before the U.S. Federal Election Commission, U.S. Federal Trade Commission, the Mass. Board of Medicine, Mass. Department of Environmental Protection, numerous state insurance departments, other governmental agencies, and before professional associations.