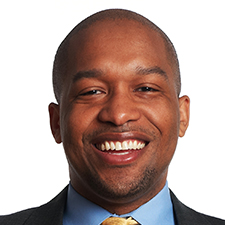 Reduce the rate of HIV/AIDS and encourage responsible health practices among people of color in the U.S. by marketing premium, chic and socially-responsible condoms directly to at-risk, ethnic communities.

B Holding Group, LLC / b condoms is the only minority-owned, socially responsible condom company. b condoms reduces teen pregnancy and sexually transmitted infection rates, including HIV/AIDS by marketing premium, chic and socially responsible condoms directly to at-risk ethnic communities. b condoms leverages condom sales to fund prevention initiatives, including events, seminars, and health and wellness tours in underserved communities to educate and test the most impacted populations.

Jason Panda is CEO of B Holding Group, LLC / b condoms, a premium condom company with a social mission. b condoms leverages condom sales to decrease teen pregnancy and HIV/AIDS rates by funding awareness and prevention initiatives within underserved communities. Jason was recently recognized as one of the “Top 40 Leaders Under 40” by the New Leaders Council and one of the “Ten Young Entrepreneurs to Watch” by Black Enterprise. He is a member of the Strategic Leadership Council for National Black HIV/AIDS Awareness Day. Jason has also been honored by the New York City Department of Health, the National Action Network and BET for his work in New York City. Mr. Panda is a Phi Beta Kappa graduate of Morehouse College, where he was an Oprah Winfrey Scholar. He also graduated from Georgetown University Law Center, where he served on the Moot Court Team.