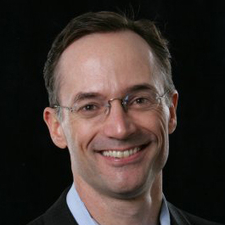 Strengthen college-going culture and increase college enrollment rates among low income individuals, so that all students graduate from high school career and college-ready.

J.B. founded College Summit in 1993 while directing a teen center in the basement of a low-income housing project in Washington, D.C. This year, the organization will work with 180 high schools and 35,000 students, in 12 states. In recognition of the organization’s impact, in 2010, President Obama awarded College Summit a portion of his Nobel Prize Award, and the U.S. Chamber of Commerce honored College Summit with their annual award for the nation’s finest corporate-nonprofit partnership. For its impact in helping communities raise college enrollment and success rates for low-income students, College Summit has been featured by the U.S. Department of Education’s “Doing What Works” website for “Helping Students Navigate the Path to College,” and their annual report on initiatives to diversify higher education. College Summit received the National Association for College Admission Counseling’s highest award for improving college access, and was profiled in David Bornstein’s 2004 book “How to Change the World.” The organization has also received awards from Ashoka, Fast Company Magazine, The Manhattan Institute, New Profit Inc. and The Skoll Foundation. College Summit was recognized as United States Social Entrepreneur of the Year at the World Economic Forum in Davos, Switzerland in 2008. J.B. is the recipient of Honorary Doctorates of Public Service from Regis University and the Université catholique de Louvain (Belgium). He serves as an Aspen Institute – New Schools Education Fellow, and as a member of the Kennedy School of Government’s Executive Session on Transforming Cities Through Civic Entrepreneurship. He is a graduate of Denver Public Schools, Yale University and Harvard Divinity School; and lives in Washington, D.C. with his wife, Lauren, and three children.