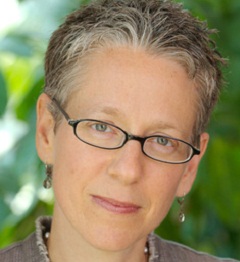 End the exploitation of Latino immigrant workers and to achieve socioeconomic justice by promoting the full political, economic and cultural participation of these workers in the communities in which they live.

In the face of abandonment of immigrant workers by government agencies, many unions, and legal services, the Workplace Project’s mission is to build an independent movement of low-income workers to fight exploitation on the job. The Workplace Project seeks to ameliorate the difficulties immigrant workers face through advocacy, negotiation, community education, and organization. The project’s focus is on worker leadership and organizing, with workers who come to the United States going through a process of learning about their rights, analyzing their reality and the political reality of the United States, and developing and carrying out strategies to challenge the abuse that they face on the job. The Workplace Project is committed to workers attaining leadership positions and has established a worker-run board.

In 1992 Jennifer Gordon founded the Workplace Project, a nonprofit worker center in Hempstead, New York, that organizes immigrant workers, mostly from Central and South America. The Workplace Project lobbied for and won a strong wage enforcement law in New York state. Jennifer was named a MacArthur Fellow in 1999. She is the author of Suburban Sweatshops: The Fight for Immigrant Rights. She received a bachelor of arts degree from Radcliffe College of Harvard University in 1987 and a juris doctor degree from Harvard Law School in 1992. She is a professor at Fordham University School of Law, where she teaches courses on immigration law and labor rights. Jennifer is a 1992 Echoing Green Fellow.