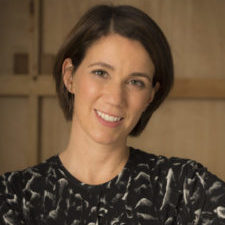 Despite the fact that the majority of immigrants to the U.S. are women, their prospects for well-paid careers are worse than those of men. Limited by domestic responsibilities, less education, lack of language skills, acculturation difficulties, and social isolation, women are at great risk of exploitative work, further perpetuating the vicious cycle of poverty. Hot Bread Kitchen captures lost human capital by bringing women’s traditional bread recipes to market, which builds recognition of the contribution of immigrant communities. Paid training in baking, access to a diverse professional and social network, and a flexible schedule allow women to develop careers that work for them. After six months of training, including English and computer studies, the women are empowered to launch their own enterprises, find jobs in the thriving commercial baking industry, or, at this stage of rapid growth, remain in management roles with Hot Bread Kitchen.

Jessamyn Waldman Rodriguez is an entrepreneur and leader in the social enterprise movement.
Before launching Hot Bread Kitchen, Jessamyn focused on human rights, education and immigration issues in positions at NGOs, the government and the United Nations. After receiving her Master Baker Certificate from the New School and becoming the first female baker at Daniel Boulud’s eponymous restaurant, she launched Hot Bread from her home kitchen in 2007.
Jessamyn has received numerous awards and accolades, including the Global Citizen Award from the Clinton Global Initiative and Crain’s New York’s “40 Under 40.” She was named a 2016 Women of Influence by NY Business Journal and one of 2015’s “Most Innovative Women in Food” by Food & Wine and Fortune magazines.
Jessamyn is the author of The Hot Bread Kitchen Cookbook, published by Clarkson Potter and named Yahoo Food’s Best Cookbook of the Year in 2015.