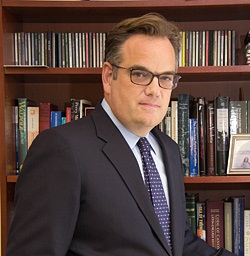 The Camden Center For Law and Social Justice, Inc. (CCLSJ) is a privately funded, nonprofit, faith-based public interest law center dedicated to serving the legal needs of the immigrant community and working poor in the City of Camden and throughout the Southern New Jersey region. CCLSJ concentrates its practice in immigration law, family law, protecting victims of domestic violence, and general civil law. CCLSJ reaches out to approximately 5,500 individuals each year. CCLSJ was founded in 1994 to provide legal assistance to those who otherwise would not have access to legal services.

John Grogan co-founded the Philadelphia Law Firm Langer, Grogan & Diver P.C., in 2004. Since that time, John has focused his practice on antitrust, consumer rights and constitutional matters. In the antitrust area, John has represented clients in large matters involving the intersection of antitrust law and intellectual property especially in the pharmaceutical context. John served with others in the firm as antitrust counsel for a large generic pharmaceutical manufacturer in a series of high profile antitrust matters.
John also maintains an active practice in constitutional law. Currently, John is co-counsel with the ACLU of Pennsylvania in a series of cases pending in the Eastern District of Pennsylvania challenging police conduct in detaining and arresting citizens for filming or videotaping police misconduct. John has also been active in representing immigrants in federal court. In conjunction with the ACLU of Pennsylvania John helped obtain a landmark precedent establishing the right of an undocumented alien to marry. John is a frequent consultant with local non-profit organizations on issue affecting immigrants and their communities. John is currently a Law Lecturer at the University of Pennsylvania.
He received a B.A., cum laud en cursu honorum from Fordham University in 1988. John graduated, magna cum laude, Order of the Coif, from the University of Pennsylvania Law School in 1993, where he was the Kramer Public Interest Scholar. Immediately following law school, John served as a law clerk to the Hon. Alan B. Handler, Associate Justice of the New Jersey Supreme Court for the 1993-1994 Court term.