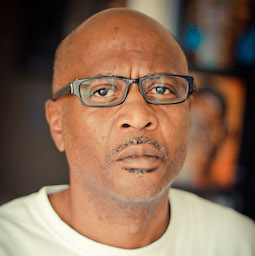 Build a transitional home run by exonerated men for exonerated men that provides the medical, financial, legal, and educational aid necessary to help them break the cycle of dependence and poverty.

Resurrection After Exoneration (RAE) was founded in 2007 by exonerees to promote and sustain a network of support among formerly wrongfully incarcerated individuals in the South. RAE works to reconnect exonerees to their communities and provide access to those opportunities of which they were robbed.

John Thompson spent eighteen years on Louisiana’s Death Row for a crime he did not commit. He walked out of prison with ten dollars and a bus fare, and he vowed to never go back. His intimate familiarity with what people experience behind prison walls as well as the great obstacles they must overcome after being released led him to launch Resurrection After Exoneration, a New Orleans non-profit helping innocent men reclaim their lives after being released from prison and death row.
“The plight of other inmates — most of whom had, like him, grown up poor and black — became a driving force of his life.
“In 2007, Mr. Thompson, known to friends and colleagues as J.T., started Resurrection After Exoneration, a residential and educational program for people leaving prison the same way they went in — without money, family or friends to help them. With a few small donations, he bought and fixed up a run-down building on the gritty edge of the French Quarter, where tourist hordes fade quickly into the Tremé neighborhood. It was a stable, supportive environment for men with little experience of either — a place where people were treated as though their lives mattered, even when all their experiences with the criminal justice system had taught them the opposite.” —An Innocent Man Who Imagined the World as It Should Be, New York Times, Oct. 5, 2017
John Thompson died of a heart attack at the age of 55 on October 3, 2017, in New Orleans.