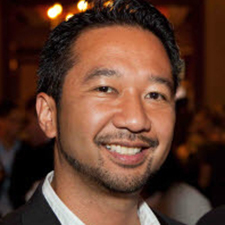 Bring about racial justice by building the power of youth, communities of color, immigrants, low-income families, and LGBTQ communities.

Joselito Laudencia is a Success Coach and Founder of Abundant Good Coaching & Training. Joselito graduated with top honors at the University of California, Berkeley, in the fields of Asian American Studies and Ethnic Studies. He served as Executive Director of two cutting-edge grassroots community-based organizations that recruited, trained and developed the leadership of thousands of traditionally disadvantaged populations. As a Union leader, he garnered significant media attention for his work in successfully challenging corruption in government and for fostering the development of collaborative and creative labor-management partnerships. Most recently, he served as a high-ranking Deputy Director with the City & County of San Francisco. Joselito was selected to serve as a member of the United States Congressional Black Caucus National Environmental Policy Commission. He also acted as a Delegate and led workshops at the NGO Forum of the United Nations World Conference Against Racism in South Africa. He has spoken at conferences and events throughout the world, and has been interviewed frequently in newspapers, radio and television. Joselito joined the Agape International Spiritual Center in Los Angeles in 1998, home of the Reverend Dr. Michael Beckwith who is featured in the hit movie and book, The Secret. Moving back to the San Francisco Bay Area, he joined the East Bay Church of Religious Science in Oakland where he studied extensively and earned his certification as a Licensed Professional Practitioner through the United Centers for Spiritual Living. He has taught classes on different aspects of spiritual evolution and self-mastery in the areas of health, relationships, prosperity, and personal and professional fulfillment. Joselito is now a Spiritual Practitioner with the San Francisco Spiritual Enrichment Center. He regularly contributes his time to sacred service in his spiritual community.