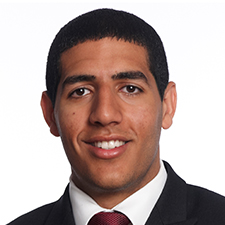 Karim Abouelnaga is CEO and co-founder of Practice Makes Perfect, a Benefit Corporation conceived on the premise that all children, regardless of race or socioeconomic status, have equal potential to compete intellectually in our society. After learning about the achievement gap and its personal impact on his life in 2010, Karim set out to create a program that addressed three critical pain points: lack of engagement in middle school, especially in low income neighborhoods like the one in which he was raised; summer opportunities and graduation rates for high school students, especially for those attending inner-city high schools like the one Karim attended; and college readiness and matriculation into selective universities. Since graduating from the New York City public school system, Karim secured over $300,000 in scholarships and awards to make his college education possible. For his work with Practice Makes Perfect, Karim has been featured in the New York Times and awarded several distinctions, including the Robinson Appel Humanitarian Award, Newman Civic Fellowship, Pearson Prize National Fellowship, Cornell Distinguished Leadership Award and the Cornell Class of 1964 John F. Kennedy Memorial Award. Karim is a graduate of Cornell University’s School of Hotel Administration, where he served as a student assistant to the Dean and was a Presidential Research Scholar.