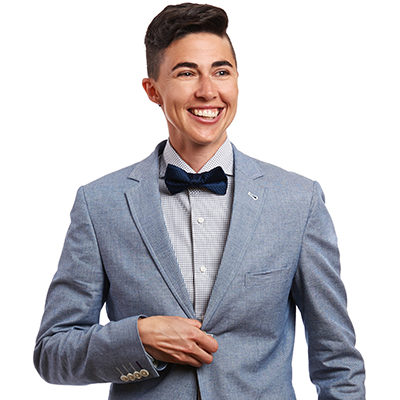 Create a meaningful, equitable, and ecological alternative to existing options for the care and processing of the deceased by building urban body composting centers.

Recompose, formerly The Urban Death Project, is a new system for the disposal of our dead in cities. The project utilizes the science of composting to safely and sustainably turn bodies into soil-building material, which is then used by nearby farms and community gardens. The Urban Death Project is transforming an industry where wasteful, polluting disposal practices are the status quo. Envisioned as a place to honor the dead at a neighborhood scale, the project supports sustainable cities by engaging inhabitants in issues of soil heath, resource depletion, and climate change.

Katrina Spade is a designer who is reimagining the death care experience, and the inventor of a system that transforms the dead into soil. She founded and led the non-profit Urban Death Project from 2014-2017. In 2017, Katrina founded Recompose, a benefit corporation, with the goal of offering earth-centric, participatory, and meaningful death care to the public.

Katrina has a Bachelor of Anthropology from Haverford College and a Master of Architecture from the University of Massachusetts Amherst. She has been featured in Fast Company, NPR, the Atlantic, BBC, and the New York Times. She is an Echoing Green Fellow and an Ashoka fellow.