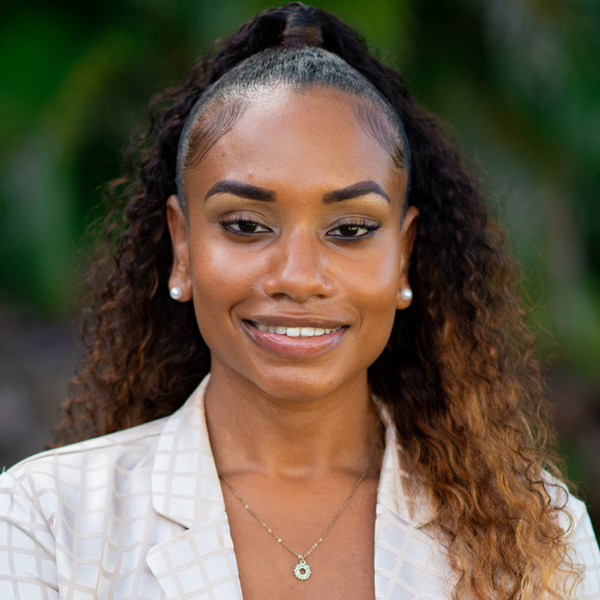 Helen’s Daughters provides training, mentorship, micro-investment, access to high-value markets, and a structured-care system for rural women farmers, who have largely been unacknowledged and undersupported. The organization uses the media and partnerships with the public and private sectors to seek opportunities for female farmers, as well as putting food security and climate resilience in the public and policy agenda. In this way, Helen’s Daughters positions rural women as key actors in driving sustainable development in the Caribbean.

Keithlin Caroo, the founder and executive director of Helen’s Daughters, comes from a lineage of women farmers (“farmHers”). After observing the lack of support for and acknowledgment of women farmers like her grandmother and the other women who raised her, Keithlin was inspired to provide training and support for women in agriculture.

Keithlin previously worked at the United Nations in various capacities, covering gender inequality in peacekeeping and political affairs. Through her work, she noticed the need for stronger grassroots interventions and advocacy for the Caribbean. She has a B.A. in political science from the University of Puerto Rico and an M.Sc. in international relations.

She is a One Young World Ambassador, the recipient of the 2018 National Youth Award in Agriculture in St. Lucia, a Thought for Food Ambassador for the Caribbean, the first-ever English-speaking Ashoka fellow in Latin America and the Caribbean, an MBE recipient from Her Majesty Queen Elizabeth II, and the youngest and first Afro-Caribbean IICA Goodwill Ambassador. She was featured in Forbes magazine’s “Island Innovations” series, which highlights innovation in sustainable development for rural, island, and remote regions.