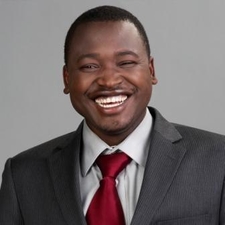 Combat intergenerational cycles of poverty and gender inequality by linking tuition-free schools for girls to essential social services in the Kenyan slum of Kibera.

Lucy Auwor lives in the Kibera slum of Nairobi, Kenya—the largest in Africa. At age six, Lucy was forced to exchange sex for food to survive. Lucy knew that as a poor, uneducated woman her life prospects were bleak. Lucy is just one of nearly half a million young women in Kibera denied education and made to suffer daily indignities. Shining Hope for Communities has developed an innovative model to combat gender inequality. They link free schools for girls to holistic community centers that provide residents with essential services unavailable elsewhere through a community center adjacent to the school. By concretely linking essential health and economic services to a school for girls, they demonstrate that benefiting women benefits the whole community, cultivating a community ethos that makes women respected members of society. In their model, girls’ schools become portals through which attitudes toward women change as community members associate needed services with an institution dedicated to girls’ education.

Kennedy Odede is an internationally recognized human rights activist. Kennedy was born and raised in the Kibera Slum, the largest slum in Africa. As the oldest of eight children, he assumed responsibility for his family at the age of ten. In Kibera he became a certified HIV/AIDS counselor, was a community health worker, and ran several slum-wide AIDS education campaigns. In 2004 he founded SHOFCO, one of the largest community based organizations in Kibera founded and run by residents of the slum. Kennedy is now the co-founder and CEO of Shining Hope for Communities, a non-profit that works in Kibera to combat gender inequality and extreme poverty.