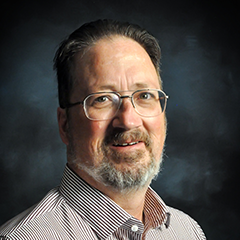 Kip is a Lead Organizer at Albuquerque Interfaith Organization. Previously, he was a Professor of Law at Univeristy of New Mexico School of Law.
Kip Bobroff was born, grew up and graduated from public schools in Albuquerque’s North Valley, coming from a family of educators. After studying international public affairs and Latin America at Princeton and Oxford, Kip graduated from Stanford Law School’s Rebellious Lawyering Program. He and law partner Levon Henry established the Navajo Landowners Rights Project helping families navigate complex legal, political, cultural issues, especially through policy work and community education. They also established the Four Times Foundation fostering small and micro-businesses in Indian Country. Both non-profits ultimately unsustainable.
From 1997 until 2008, he was a professor at the law school teaching Property and Indian Law, serving as chair of the Indian Law Certificate Program. He developed courses on Federal Indian Law, education equity, and clinical practice and wrote on Indian land issues and Navajo common law. He became a volunteer leader with Albuquerque Interfaith and in 2007 resigned from the law school to become lead organizer. AI is an affiliate of the Industrial Areas Foundation, founded by Saul Alinsky and now the nation’s oldest and most extensive community organizing network. He organized with the IAF’s Phoenix affiliate from for a short time before returning to a visiting position at the law school.