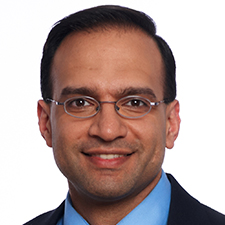 Kohl Gill is the president and founder of LaborVoices, Inc., a start-up company providing information services to global workers and supply-chain managers. Founded in 2010, LaborVoices connects directly with workers in supply chain factories via their mobile phones, helping drive workers and multinational buyers to best-in-class factories. Kohl was named one of America’s Most Promising Social Entrepreneurs by Bloomberg BusinessWeek. Kohl served as an AAAS Science Policy Fellow for the U.S. Departments of Energy and State, most recently as the South Asia and Middle East Labor Affairs Officer for the Office of International Labor and Corporate Social Responsibility in the U.S. State Department’s Bureau of Democracy, Human Rights, and Labor. Prior to federal service, Kohl was an Indicorps Fellow in the slum areas of Delhi, India, serving as a volunteer paralegal with local residents, using transparency legislation to fight both petty and grand corruption at the local level. Kohl is a graduate of the California Institute of Technology and received his Ph.D. from the University of California, Santa Barbara, for his work in quantum computing and semiconductor physics.