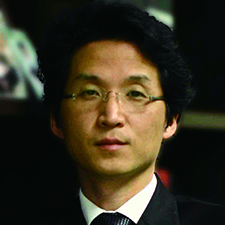 Kyung Sin Park is a Professor at Korea University Law School. He is one of the founders and the current Executive Director of Open Net Korea, formerly one of the nine commissioners of Korea Communications Standards Commission, and Executive Director of the PSPD Law Center. He has written academically and been active in internet, free speech, privacy, defamation, copyright, etc., through organizing and expert-testifying in major free speech and privacy lawsuits and legislative advocacy, including the 2012 unconstitutionality decision on Internet Real Name Registration Law, the 2010 one on online “false news” provision, the 2011 online election campaign regulation, and the 2011 suit against Telco’s and Portals for warrantless disclosure of identity data. Park was also a key drafting partner in the Principles of Application of International Law on Communication Surveillance www.necessaryandproportionate.org and International Principles on Intermediary Liability www.manilaprinciples.org.
In 2008, he also founded the Clinical Legal Education Center of Korea University School of Law (f.k.a. Global Legal Clinic) and under CLEC’s auspices, founded both www.internetlawclinic.org, an online platform for free online counseling in 2011 and www.transparency.or.kr, a national transparency reporting project on both surveillance and censorship of the Korean government in 2014.
Park earned his A.B. in Physics at Harvard University, Class of 1992 and his J.D. at UCLA Law School, Class of 1995.