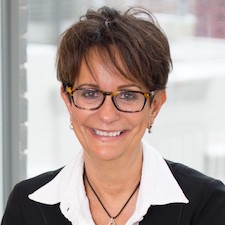 Empower youth in the juvenile and criminal justice system to successfully integrate back into their communities through a holistic, re-entry focused program of advocacy and direct services.

Last year, in NYC alone, 5,252 youth under the age of 16 were admitted to detention and another 11,365 youth between the ages of 16 and 18 were tried and sentenced as adults. As a result, there is now a staggering number of young people in NYC suffering major barriers to reintegration. Youth Represent is the first organization of its kind in New York City to provide legal representation, reentry advocacy, and social services to youth under the age of 24 who are or have been involved in the juvenile or criminal justice system. By utilizing a holistic approach, Youth Represent advocates for young people in both criminal and family court, as well as offers a broad range of services during and after a case is concluded. The organization’s true innovation is its focus on reentry during all stages of representation, which ensures the likelihood of a young person’s successful integration back into his or her community.

Laurie Parise was the executive director and founder of Youth Represent. She is now the managing director at The Animation Project. Previously, as an Equal Justice Works Fellow, Laurie created and implemented a youth reentry project at the Legal Action Center’s National HIRE Network. Laurie’s commitment to working with disenfranchised populations began in 1990 at the Rainforest Foundation, where she supported indigenous peoples in their efforts to protect their rights. After eleven years with the organization, the last five as its executive director, Laurie decided to go to law school to develop new skills in order to promote social justice in other segments of society. She is a graduate of Columbia University and Brooklyn Law School, where she earned an Edward V. Sparer Public Interest Fellowship Award. In August 2005, she was awarded the first Lexis/Nexis Martindale Hubbell Legal Fellowship for her work in the field, and in 2008, she received a Union Square Award in recognition of her grass roots activism to support at-risk youth in New York.