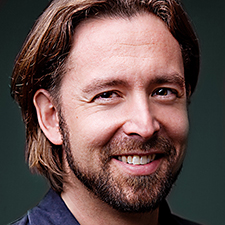 Foster cross-cultural understanding between the Western and Arab worlds by linking youth through social media technologies.

Lucas is the executive director of the Pluribus Project, a special initiative with the Aspen Institute dedicated to empowering the many more effectively in American civic & political life. Previously, Lucas founded and led Soliya – an international nonprofit that pioneered virtual exchange programs among over 100 universities in Western and Muslim-majority countries and led the exchange 2.0 campaign to promote increased availability of virtual exchange opportunities. The campaign played a central role in inspiring the recent establishment of the J. Christopher Stevens Virtual Exchange Initiative – a multilateral public-private endeavor designed to achieve the largest-ever increase in people-to-people educational exchanges between the U.S. and the broader Middle East. Prior to founding Soliya, Lucas was a producer working at ABC News with Peter Jennings. He conducted research on Howard Dean’s presidential campaign at Harvard’s Berkman Center for Internet & Society, pursued graduate studies at what is now the Center for the Study of Complex Systems at the University of Michigan and received a BA from Brown University. Lucas has been named an Echoing Green Fellow, a TED Fellow and a “Global Expert” by the United Nations Alliance of Civilizations.