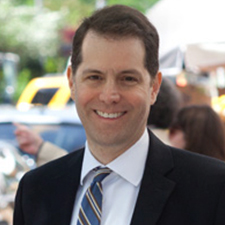 Increase the participation of low-income individuals in the U.S. economy by helping them convert low wages into assets and longterm wealth building strategies.

Washington Heights and West Harlem are two of Manhattan’s most economically disadvantaged neighborhoods, with an average per capita income of $10,000: only two-fifths the national average. Few banks serve the area, and those that do carry minimum balance requirements and monthly fees that are often out of reach for poorer families. Fifty-percent of low-income individuals live without the basic security of bank accounts, and few have ever been able to take bank loans. Credit Where Credit Is Due (CWCID) is committed to the economic empowerment of Upper Manhattan’s low-income residents. To that end, they sponsor the Neighborhood Trust Federal Credit Union (NTFCU), and run a bilingual financial literacy curriculum that includes: Personal Financial Literacy, Entrepreneur’s Training Series, Homeownership Education, School Banking, and Youth Outreach. To date, 4,100 neighborhood residents have become members of the credit union, and nearly 2,000 people have participated in CWCID’s curriculum.

In 2014, Mark Levine assumed office as Council member for the 7th District of the New York City Council.
Mark Levine is a nonprofit leader and political activist in northern Manhattan. With the support of Echoing Green, in 1994 he founded Credit Where Credit Is Due, a community-based nonprofit which has helped thousands of low-income residents of Upper Manhattan gain access to micro-loans and financial literacy training. Mark went on to serve as Executive Director of Teach For America-New York, where he oversaw a major expansion in the size of its local teaching corps. From 2003 to 2006 he helped lead a national non-profit, One Economy, in providing technology to residents of affordable housing. From 2006-2010 Mark served as founding Executive Director of the Center for After-School Excellence at TASC (The After-School Corp.), building a professional development system for the after-school field supported by robust research and evaluation. In 2007 Mark was elected Democratic District Leader in the Washington Heights section of northern Manhattan, and is founder of the Barack Obama Democratic Club.