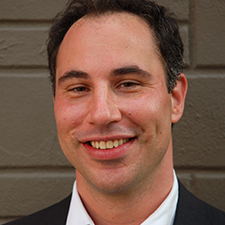 LEAP operates a year-round academic and social enrichment program in Connecticut’s high poverty communities. College student “Senior Counselors” and high school student “Junior Counselors” are paired together to work as a team with a group of 8-10 children of the same age and sex. Children read and are read to every day and receive intensive homework help after school. During the summer, LEAP’s Senior Counselors move into donated apartments in their children’s neighborhoods in order to build strong bonds with children and their families. Through the years, LEAP has also become a leader in the field of integrating education and technology through the development of community technology centers. LCLCs (LEAP Computer Learning Center) serve as a resource for LEAP children that they access for one hour a week during the academic year and two hours during the summer. They also serve as community technology centers where parents and other community members can gain access.

From 2015-2022, Klein has led the New York City Mayor’s Office for Economic Opportunity (NYC Opportunity), a 70-person, multi-disciplinary team that helps City leaders use evidence and innovation to more effectively reduce poverty. In this role, he reorganized and integrated several previously discrete units of local government to launch the new mayoral office in 2017, carrying forward the evidence-based focus of the Center for Economic Opportunity and the data-focused work of HHS-Connect. Under his leadership, NYC Opportunity launched new anti-poverty programs and digital products; broadened the City’s use of rigorous evaluations, design methods, and data capabilities; established and helped achieve citywide poverty reduction goals; and, added equity metrics to the City’s performance accountability system, among other accomplishments. During Klein’s tenure, the office garnered multiple awards for policy innovation and digital expertise.

Earlier in his career, Klein co-founded LEAP, a youth development agency in New Haven, CT that placed college students in children’s public housing communities to provide academic and enrichment services, where he helped grow the agency to serve over 700 families across three cities. He has served on numerous civic and nonprofit boards, including those of Robin Hood’s community partners, and has been the recipient of several fellowships, including from Echoing Green, the Rockefeller Foundation, and Results for America. Klein has a B.A. in History and a J.D. from Yale University and Yale Law School, respectively. He lives in Fort Greene, Brooklyn with his wife and twin daughters.