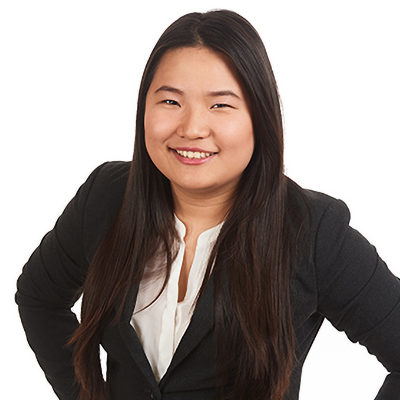 Reduce the amount of plastics that U.S. cities send to oceans and landfills by developing a new chemical recycling technology that treats contaminated and unrecyclable plastic waste.

BioCellection is tackling the global crisis of plastic pollution by inventing and scaling economical recycling solutions for currently unrecyclable plastic waste. BioCellection’s team of chemists, engineers, and waste experts has developed a chemical process that transforms plastics into biodegradable compounds for sustainable supply chains. BioCellection is partnered with city governments, waste companies, corporates, and schools to circularize plastics. The team aspires to process seventeen metric tons of plastic waste in northern California during its 2018 pilot, and to divert more than three thousand metric tons per year of plastic films in each major U.S. metropolitan center at commercial scale.

Miranda Wang is co-founder and CEO of BioCellection. She started exploring creative solutions for plastic pollution after visiting a waste transfer station in tenth grade and realizing that plastic waste is an enormous problem for the society and environment. Together with her co-founder, Jeanny Yao, Miranda found plastic-eating bacteria and presented their findings at the TED2013 Conference. Prior to co-founding BioCellection, she conducted plastic degradation research at the National Research Council Canada and the University of Pennsylvania. Miranda was named “Tomorrow’s Hero” by CNN (2018) and won five awards at the Wharton Business Plan Competition (2016), including the Grand Prize and Social Impact Prize. She was also the recipient of Palo Alto Impact Center’s award for “Tackling the Biggest Problem” (2016), the Westly Prize (2018), and the CITEO Circular Challenge International grand prize (2018). Miranda received her BA in biology, philosophy, and engineering entrepreneurship from the University of Pennsylvania.