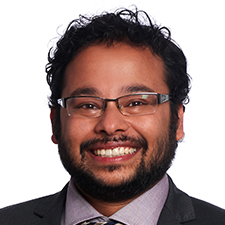 Revolutionize delivery of high quality education to underprivileged students around the world by empowering women to own and operate world-class blended learning labs in their local communities.

Zaya is a non-profit organization focused on bringing world-class education to children from marginalized communities around the world. We want to close the education gap by leveraging the online learning revolution that’s happening right now. We are creating a global network of Learning Labs that will educate, activate and empower one billion students at the bottom of the pyramid. Each Zaya Learning Lab is powered by Zaya Kit and our personalized blended learning approach with the specific goal of bridging the achievement gap for primary education. By developing a mobile Labkit, we want to empower women to own and operate these learning labs in their homes, community centers or schools.

Neil D’Souza is the founder of Zaya, a disruptive educational non-profit startup that is bringing the online education revolution to the bottom of the pyramid. In 2012 he was selected by the San Francisco Hub of World Economic Forum as a Global Shaper and also won the NASSCOM Social Innovation Award in India. Neil has an engineering background and worked in the computer networking industry for over four years at Cisco Systems where he focused on Mobile Internet and Video Technologies. He was also part of a team that spearheaded the 4G/LTE protocol that forms the core for most mobile networks in US. During his time at Cisco, Neil developed a strong passion to help underprivileged communities and he set his sights on how to bridge the education gap for children in remote regions of the world. While he was on sabbatical he developed his ClassCloud technology that now powers 20 schools and orphanages in India, Indonesia and Mongolia. He has consulted with the World Bank on a Sustainable Livelihood project for technology in Mongolia and worked with the Spark Program as an apprentice teacher in San Francisco. He is also an active advisor to several startups and a mentor with Startup Weekend. He has lived, traveled and worked in 40 countries and is an Ironman Triathlete. From 1997-2003 he held the National Swimming Record in India for the longest swim at 79 Hours. Originally from Mumbai, India, Neil received his Masters in computer science with a specialty in computer networks from North Carolina State University.