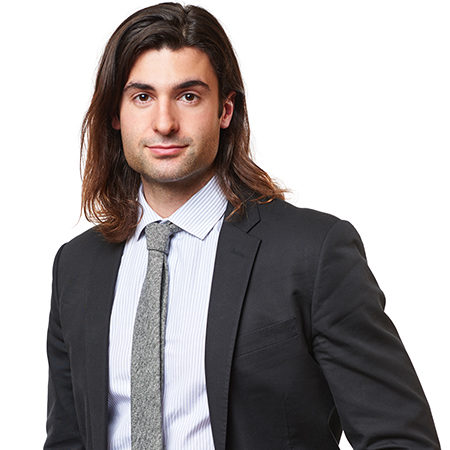 What if the emissions of the world’s largest industries never reached the air? What if those emissions were instead transformed into valuable products for the global economy? Opus 12 is creating a market-driven solution to reducing industrial greenhouse gas emissions. It has developed a device that can recycle CO2 back into fuels and everyday products. In the long term, the organization’s aim is to reduce climate change by providing a cost-competitive alternative to fossil fuels and petrochemicals. At scale, its revolutionary technology could offset one-third of global energy-related CO2 emissions.

Nicholas Flanders is co-founder and CEO of Opus 12, a Bay Area startup that has developed technology to recycle CO2 emissions back into valuable products. He was featured among Forbes’s 30 Under 30 in Energy in 2016. He co-founded Opus 12 while in graduate school at Stanford, where he was pursuing a joint MBA/MS in engineering with a focus on renewable power. Nicholas has had a passion for energy and the environment for as long as he can remember. Growing up on a rural farm in upstate New York, he has always had a bond with nature. He has built a career around cleantech. Nicholas has previous successful startup experience as COO/CFO of Levo, a technology company. Before Levo, he worked in McKinsey’s Cleantech Practice, where he was selected for a prestigious fellowship and received honors for innovation in client service. Nicholas graduated with a triple major in mathematics, economics, and international relations from Cornell University. He has worked or studied in seven countries, including Syria, Ethiopia, and the Dominican Republic.