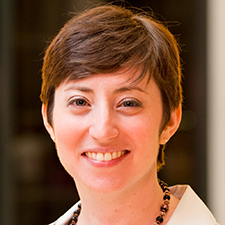 Connect scientists in developing countries with much-needed scientific equipment through a re-use strategy that encourages institutions in the developed world to donate their previously overlooked surplus equipment.

Nina Dudnik is the founder and CEO of Seeding Labs. Nina decided at a very early age to become a scientist; but her interest in science always had a humanitarian angle. Nina has a PhD in molecular biology from Harvard University and has worked for the Consultative Group for International Agricultural Research in Italy and in Cote d’Ivoire where she was a Fulbright Scholar. Nina founded Seeding Labs in 2003, to ensure that scientists in the developing world have the tools, training and network to pursue world-class research. Since 2003, Seeding Labs has provided resources for research to scientists in 16 countries in Latin America, the Caribbean, Africa and India. Nina has been named a 2010 PopTech Social Innovation Fellow and TED Fellow and received the 2010 Massachusetts Young Nonprofit Professional award. Seeding Labs has been featured in the Boston Globe, MassHighTech, The Kenyan Standard, and Chemical & Engineering News.