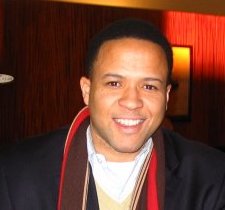 Credible research points to one distressing fact: minority students, both male and female, continue to lag behind in terms of math and science performance. Just as important is the fact that failure to study math leads to loss of opportunity, most often for young women and minority students. It can close doors to vocational and technical schools, to colleges, and to rewarding careers. ICEMS’s mission is to foster excellence in mathematics and science, and to increase the number of minority students who pursue advanced degrees in these subjects. ICEMS currently targets 120 middle school students in three different public middle schools in the city of Atlanta.  It is a three-year program that targets 6th-graders, who are committed to remaining in the program through 8th grade.

Mr. Watkins has over 20 years of experience developing and strengthening educational and community-based organizations. As a former Senior Director at the Boston Foundation, an $800M community foundation, Mr. Watkins was responsible for developing philanthropic partnerships with like-minded foundations and donors who are interested in strengthening communities through data driven, high impact initiatives. Before joining the Boston Foundation, he spent several years as Vice President of Programs for the Greater New Orleans Foundation, including the years immediately following Hurricane Katrina. Mr. Watkins’s career has also included significant leadership roles in government and in higher education including, serving a Governor Appointment as Executive Director of the Louisiana Serve Commission.
Mr. Watkins has served on numerous boards including the Urban League of Greater New Orleans, New Schools for New Orleans, the Institute for the Study of Race and Poverty at Tulane University, the International Center for Nonprofit Leadership at the University of New Orleans and the Boston-based Associated Grant Makers. Mr. Watkins is a graduate of Morehouse College.