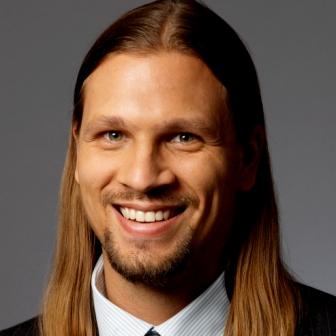 Transform the problem of failing infrastructure in the developing world into economic opportunities for local workers through the formation of micro-manufacturing facilities for environmentally sound infrastructure improvements.

Peter Haas received a BA from Yale University in philosophy and psychology in 1998. Since founding AIDG in 2005, Peter has become an active voice for poverty issues, speaking at the World Bank, Harvard, MIT and other forums on technology, entrepreneurship and SME finance. His work with AIDG has been featured in Fast Company, Popular Mechanics, NPR and Forbes. He has served as a judge for the EPA’s People, Prosperity and the Planet competition. Before founding AIDG he worked both in the information technology field and on an organic farm and horse ranch doing infrastructure improvement work. He tinkers in water systems, electrical systems, electronic systems, masonry, plumbing, biogas, irrigation, welding, metal casting and sustainable building. Peter is also pricipal at Fifty Frogs.