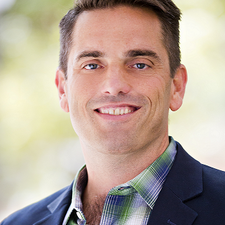 R. Bradley (Brad) Sears is Associate Dean for Public Interest Programs and David Sanders Distinguished Scholar of Law and Policy at UCLA School of Law. He was the founding director and Executive Director of the Williams Institute, as well as the previous Associate Dean of Programs and Centers, and Adjunct Professor. At UCLA School of Law, Sears teaches courses on sexual orientation law, disability law, and U.S. legal and judicial systems. He has published a number of research studies and articles, primarily on discrimination against LGBT people in the workplace and HIV discrimination in health care. Sears has given hundreds of academic and community presentations on HIV/AIDS and LGBT legal issues. He has testified before Congress and a number of state legislatures, authored amicus briefs in key court cases, helped to draft state and federal legislation, and been cited by a number of media including the New York Times, the Los Angeles Times, National Public Radio, and CNN.
When the Williams Institute started in 2001, Sears was the only staff member and the Institute had a budget of $100,000 and endowment of $2.5 million. Sears helped to create and develop the Williams Institute’s core programs and strategies. Today, the Institute has 20 faculty and staff members, a budget of nearly $3 million, and an endowment of over $20 million.
Sears graduated summa cum laude from Yale University and magna cum laude from Harvard Law School. During law school, he served as Editor-in-Chief of the Harvard Civil Rights-Civil Liberties Law Review. After law school, he clerked for the Hon. J. Spencer Letts of the Central District of California; founded the HIV Legal Checkup Project, a legal services program dedicated to empowering people living with HIV, and served as the Discrimination & Confidentiality Attorney for the HIV/AIDS Legal Services Alliance of Los Angeles (HALSA).
Sears has served on the board of directors or advisory boards for Being Alive Los Angeles, HALSA, USC’s AIDS Education Training Center, the Center for Health Justice, and UCLA’s LGBT Studies program. Sears has received Being Alive Los Angeles’ Volunteer of the Year Award and, in 2009, was recognized on Advocate’s Magazine’s “40 Under 40” list. In 2010, under his leadership, the Williams Institute received the “Treasures of Los Angeles” award from the Los Angeles Central City Association.