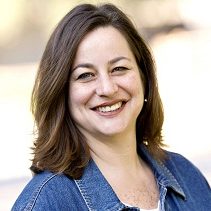 Randi Shade was awarded an Echoing Green Foundation-Harvard Public Management Fellowship to work for Teach for America in 1991.

Randi Shade stays busy mentoring others and volunteering for countless causes while raising a son and a daughter with her wife, Kayla Shell, an attorney and executive at Dell. In 2008, Randi Shade became the first openly gay person elected to serve as a member of the Austin City Council. She served on the Austin City Council until June 2011. Previously, Randi was the Executive Director of the Austin Entrepreneurs Foundation, and the CEO of CharityGift, an Internet company she founded in 1999 and sold to a publicly traded company in 2005.

Randi began her career at Procter & Gamble, and later worked for Texas Governors Ann Richards and George W. Bush, serving as Founding Executive Director of the Texas Commission on Volunteerism and Community Service, during which time she launched and managed the AmeriCorps program statewide. Under Randi’s leadership, Texas was awarded $55 million in federal grants, which was more than any state in the nation. Randi also formerly served as Director of National Development for City Year and was awarded an Echoing Green Foundation-Harvard Public Management Fellowship to work for Teach for America in 1991. Randi was recognized in 2000 by the Austin Business Journal’s Profiles in Power, and she received the Austin Under 40 Community Service Award in 2003. In 2012 the Human Rights Campaign honored Randi and her wife with Austin’s Bettie Naylor Visibility Award. Randi earned a BA in the Plan II Honors Program in 1988 at the University of Texas at Austin where she served as student body president, and an MBA from Harvard Graduate School of Business in 1992. Randi received a German Marshall Memorial Foundation Fellowship in 2004, and in 2005 became a Henry Crown Fellow of The Aspen Institute and member of the Aspen Global Leadership Network.