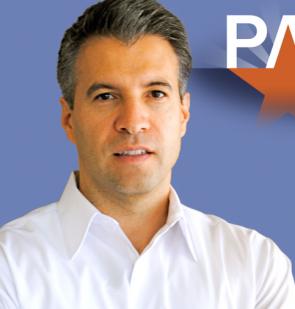 In a time when many people are dismayed with the state of the world and fearful of the future – from national security to financial concerns, from health care to the environment – TAI offers a positive vision of hope and optimism. Instead of merely protesting what is wrong, TAI is training the next generation of social entrepreneurs to devote their energy to creating solutions. Their vision is to create the leaders of the most innovative social movements and successful social ventures of the future – the Gandhis and Carnegies of the 21st century. They advocate an innovative model of personal and social transformation, called Transformative Action.

Randy Parraz is an attorney, community organizer, and executive director of the National Voter Rights Education Project. As a leader of the AFL-CIO, he spent many years advocating on behalf of workers and their families. From church based organizing in East Dallas, to national coalition building on behalf of 20,000 strawberry workers in the fields of California, to coordinating the mobilization of thousands of Canadians across the border from Vancouver to Seattle in protest against the WTO, to spearheading support for the Immigrant Worker Freedom Ride in Arizona, Randy has experience with many different methods of social change. He is the founder of both the Student Institute for Social Change and the Latino Youth Leadership Institute. A graduate of UC Berkeley, Randy earned a Master’s degree in Public Administration at the John F. Kennedy School of Government at Harvard University, and a J.D. at Berkeley’s Boalt Hall School of Law.